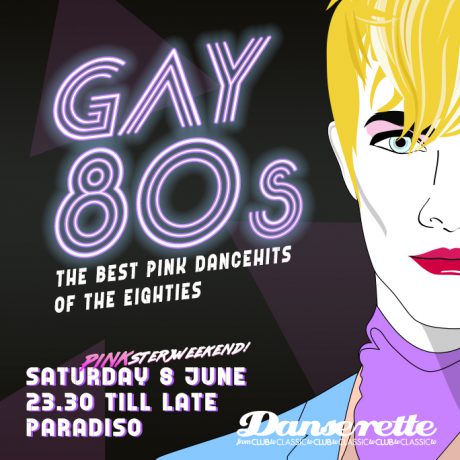 A brand new party in Paradiso: GAY80s. A night full of the very best pink dance hits from the eighties. The decade of gay icons like Madonna, Bronski Beat, Frankie Goes to Hollywood, WHAM!, Pet Shop Boys, Dead or Alive, Erasure, Bros, Whitney, Kajagoogoo, Nick Kamen and many others. Sometimes the artist was pink, or it was just because of that one hit, the clip or that hot singer.

GAY80’s is dancing to the ultimate pink 80’s megamix; originals, remixes and new edits. Of course it will also be a visual spectacle full of recognition. And all of that in the long PINKster weekend.

GAY80’s is a production of Danserette, well known for gay parties in Amsterdam for 13 years at Panama, Hotel Arena, Desmet, Akhnaton, Odeon and Paradiso. 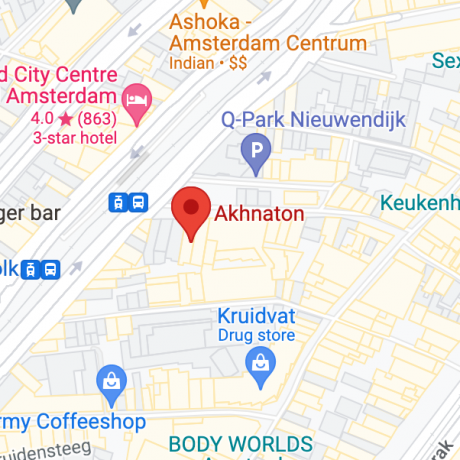